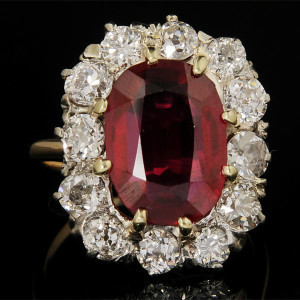 If you want to sell a ruby ring in Los Angeles, the first question on your mind is likely, “How much is my ruby worth?” There are various factors which impact the value of a ruby, and we will cover each one in this article on appraising the value of a ruby gemstone.

Rubies have always been highly prized for their deep red color, and are consistently the most valuable of all the colored gemstones. Rubies are the red variety of the mineral corundum, which in its most pure state is colorless. Trace amounts of the element chromium are responsible for making the corundum crystal red, and slight variations in the amount of chromium can cause tremendous variation in the stone’s color. All other colors of corundum are sapphires.

Rubies are generally evaluated by the same criteria that diamonds are judged, the famous “Four Cs”: color, clarity, cut, and carat. Though all of these categories affect the value of any particular ruby, color is by far the most important.

The finest rubies exhibit a pure red to slightly purplish red color, and have vivid color saturation. Colors that run toward orangey or purplish move down the scale in terms of quality. The color of the ruby should be neither too dark nor too light. A ruby that is too dark will not appear significantly bright, and a ruby that is too light will most likely be considered a pink sapphire.

The quality of a ruby’s color is not a simple thing to judge. The GIA Laboratory uses a set of master stones for color comparisons under carefully controlled lighting conditions to grade a stone’s color. The dominant hue must be red for a stone to be considered a ruby—all other dominant hues are considered either pink, orange, or purple sapphires.

Traditional descriptions like “pigeon’s blood” are sometimes used to describe a ruby’s color, and sometimes place names that indicate a stone’s source can be used as well, though these descriptions can be problematic. Not only is the term “pigeon’s blood” highly subjective, but rubies mined from the same location will not necessarily share the same quality of color. Just because a ruby is called a Burmese ruby is no definitive guarantee of a specific color quality. 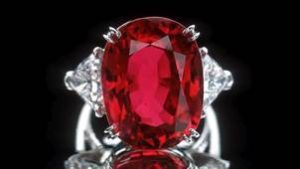 Rubies almost always exhibit some kind of inclusions, and the value of a ruby can be greatly affected by how visible the inclusions may be. Rubies with inclusions that reduce their transparency and brightness, or inclusions that reach the surface and compromise the stone’s integrity are significantly less valuable than those without prominent inclusions. While so-called ‘eye clean’ rubies do exist, they are quite rare and expensive.

A typical inclusion in rubies is known as ‘silk’ or ‘needles.’ These thin rutile inclusions can occasionally result in asterism, a phenomenon that results in the highly prized “star ruby,” though generally they detract from the stone’s clarity and make the ruby less valuable.

Because most all rubies have some inclusions, various treatments have been used to improve their clarity, some for thousands of years. Simple heat treatment in rubies mimics the natural heating processes, and is considered permanent, stable, and is generally accepted in the industry as long as it is disclosed. Heat treatment of this kind does not generally lower the value of the stone. Other more invasive treatments, like diffusion coloring or the filling of imperfections with lead glass or polymers, are much less acceptable and will compromise the value of the gem.

The cut of any gemstone is always a compromise that balances the natural features of the gem while retaining as much of the rough stone as possible. In rubies, the natural crystal shape often determines the type of cut, with the most common being ovals and cushions, with triangular or kite shaped facets and step cut pavilions. Triangular, pear, round, marquise, and emerald cuts are sometimes used for rubies, but their availability in large sizes and higher qualities is limited.

Rubies exhibit pleochroism, or the appearance of different colors when viewed from different directions, typically more red to purplish when seen from one direction, and more orangey red from the other. In an effort to preserve the ruby’s more valuable red coloring, gem cutters will often try to orient the table facet perpendicular to the longer crystal direction, minimizing the orange hues. 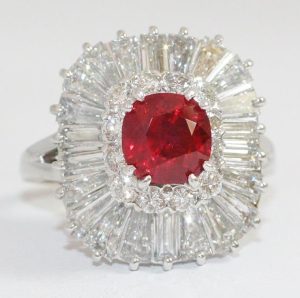 As with most gemstones, bigger rubies are simply more valuable, but because rubies larger than one carat are quite rare, the price per carat increases dramatically as rubies increase in size. Larger medium quality rubies might sell for twice as much per carat as smaller rubies of the same quality, whereas larger, fine quality rubies might sell for as much as ten times more per carat than smaller rubies of similar quality.

Get a Free Ruby Appraisal in Los Angeles, CA

Contact Los Angeles Jewelry Buyer today for a free verbal appraisal of your ruby ring, necklace, brooch, earrings, or loose ruby gemstone. You can also get the process started online by telling us about the ruby jewelry you wish to sell in the contact form below.

Would you like more information about how to sell your ruby jewelry? Click on the following link to learn more reasons why Los Angeles Jewelry Buyer is the best place to sell large carat rubies and: The Best Place to Sell Jewelry in Los Angeles, CA. 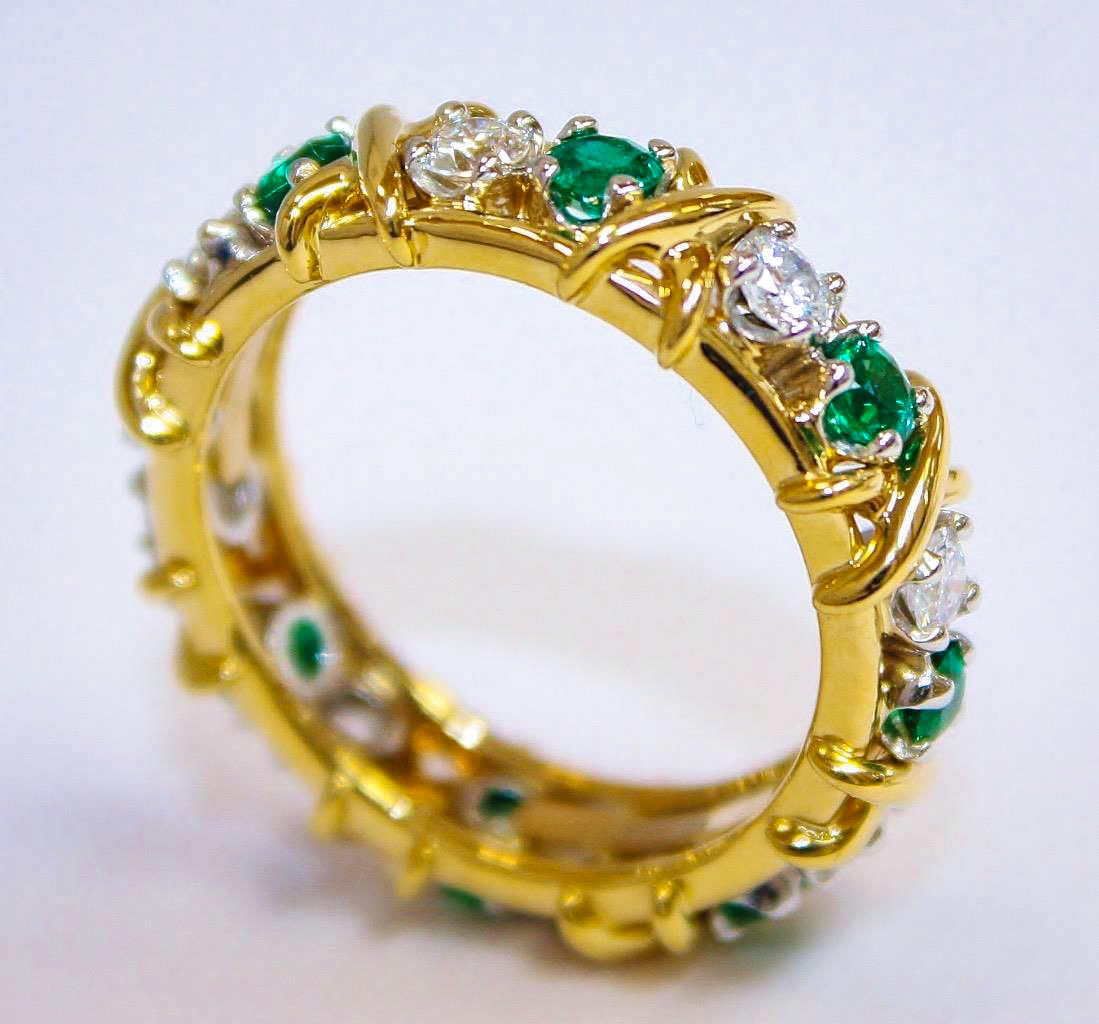 Read our five star jewelry buyer reviews and find out why we are rated the best place to sell your estate jewelry in Los Angeles and nationwide...

Los Angeles Jewelry Buyer is dedicated to helping its clients obtain all the information they need to make a smart and profitable selling decision. Visit our knowledge corner for expert tips and advice.

Read Articles
Los Angeles Jewelry Buyer purchases all types of previously-owned fine jewelry, precious gemstones, and valuable timepieces. However, our estate buyers specialize in items manufactured by highly sought-after luxury brands, as well as rare antique items. Some of the more important names that we look for in estate jewelry and fine timepieces are listed below.